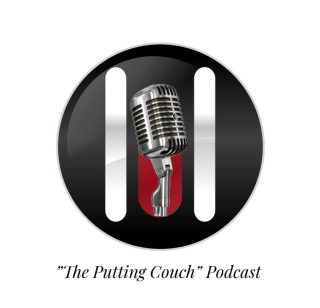 "The Putting Couch" presented by SeeMore Putter Company is a podcast where any golfer can listen to anything and everything about putting. Guest will give their insights on putting instruction, the science behind different types of putter heads and even will tell great TOUR stories. Sit back, relax and listen to some great and fun information. 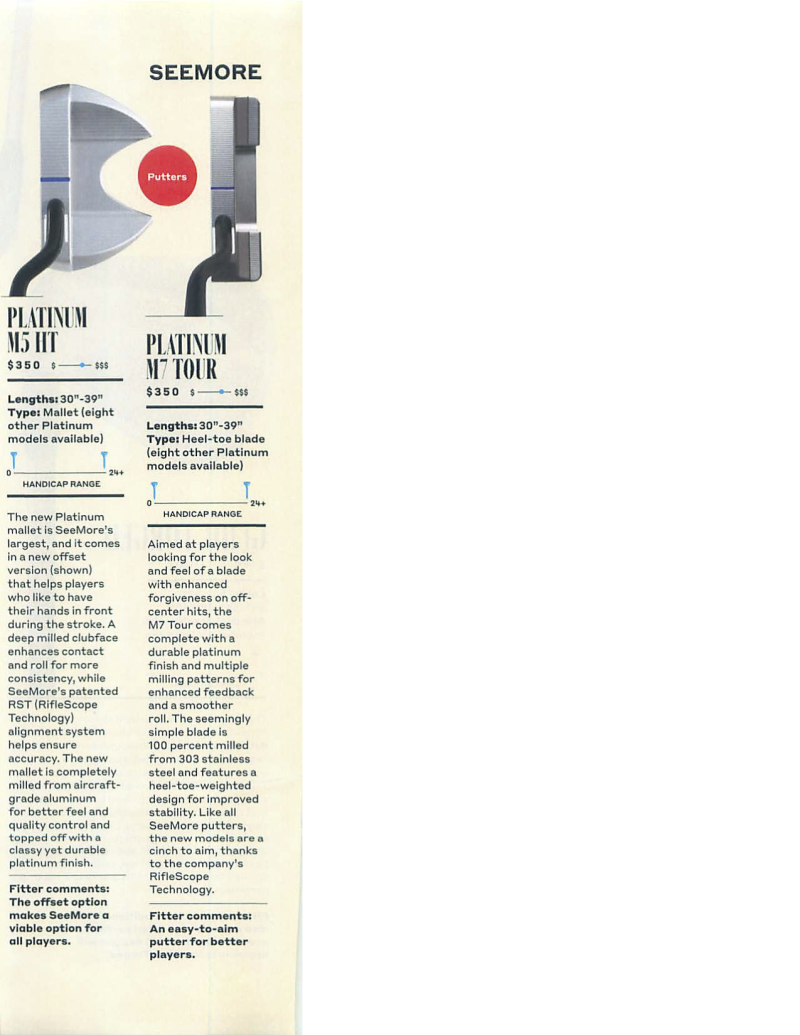 You can see a SeeMore putter from a mile away. The distinctive shaft is the giveaway: from the black grip, a standard silver putter shaft emerges, but about ⅔ of the way down, it switches to a solid black before entering the putter head in a nearly center-shafted slot.

The original FGP Black Blade is the quintessential SeeMore, as it’s had the brightest moments in the spotlight. Starting with Payne Stewart’s US Open victory in 1999 and continuing with Zach Johnson’s triumphs in the 2007 Masters and 2015 British Open, the SeeMore FGP Black Blade boasts three major championships and many more PGA Tour wins.

It’s a unique look for a putter, with none of the heel-toe weighting that classic blades entail and no offset. It has a beautifully milled face that puts a great roll on the ball. The shaft enters the club head right at the sweet-spot, so players used to an Anser-style blade might not like what they see at first glance. But once the technology behind the club is explained, many players are happy to convert to the SeeMore methodology.

The most noticeable aspect that differentiates SeeMore is their Rifle Scope Technology (RST), an aiming aid that will help golfers who have trouble knowing if the clubface is square. The black bottom of the shaft is designed to obscure a red dot on the putter, leaving only the two white lines flanking the red dot visible. If you can’t see the white lines, or you can see the red dot, your putter face isn’t properly aligned.

But beyond the RST is my favorite aspect of the SeeMore FGP: it’s “Face Balanced at Impact.” What this means is that the weighting of the putter is such that the putter naturally rests square to the target line when it’s held at the angle you putt with. SeeMore isn’t worried about “face balanced” putters that point to the sky, because you’re not putting at the sky.

The fact that the putter naturally wants to be square helps you get putts started on line. That should be the number one job of a putter: hit the ball where you want it to go. 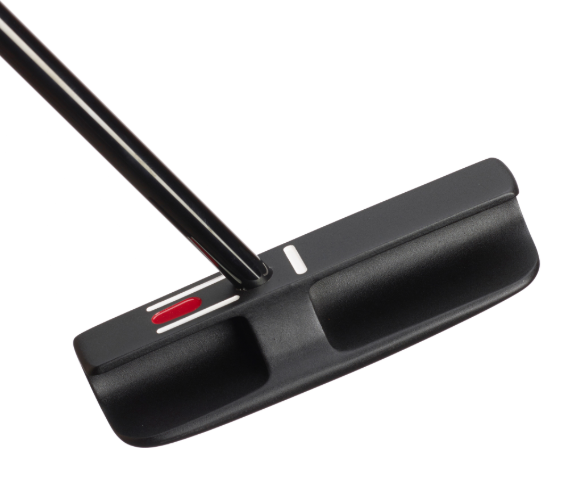